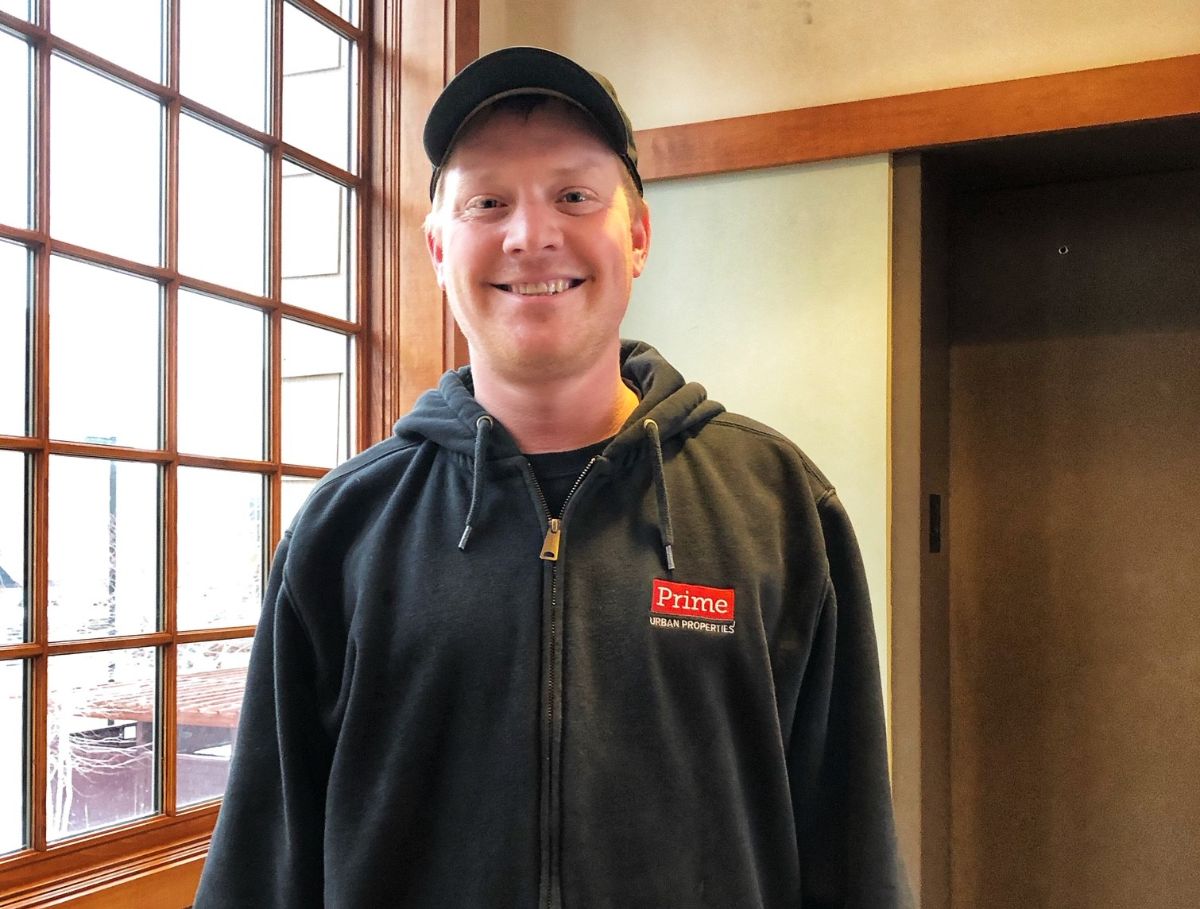 Meet George, one of Prime Urban Properties Maintenance Techs! When asked to describe his job in three words, he said “Making People Happy”, and we think he’s doing a great job at it! Growing up, George says he wanted to be a Fire Man and his first celebrity crush was Topanga from Boy Meets World. (LOVE that show!) George says his best attribute is staying positive and the music that gets him motivated for the day is country! Something not a lot of people know about George, he once ran all the way around Lake Monona. Props to him, I wouldn’t have ever made it. George’s favorite food is Chicken Fajitas and he says if he could travel to anywhere in the world, he would go to Brazil! His most unusual habit? Reading License plates on cars. (Honestly, it’s really fun.) He says if he could have any vehicle in the world, he would have a Porsche 911. If he could meet one person, past or present, he would pick Stan Lee. (Again, I totally get that, he’s a legend!) If there was a movie about George’s life, he would want Ryan Reynolds to play him. Finally, one of his most fond memories is going to Sea World with his kids!

If you see George around your building, make sure to say “Hello”!